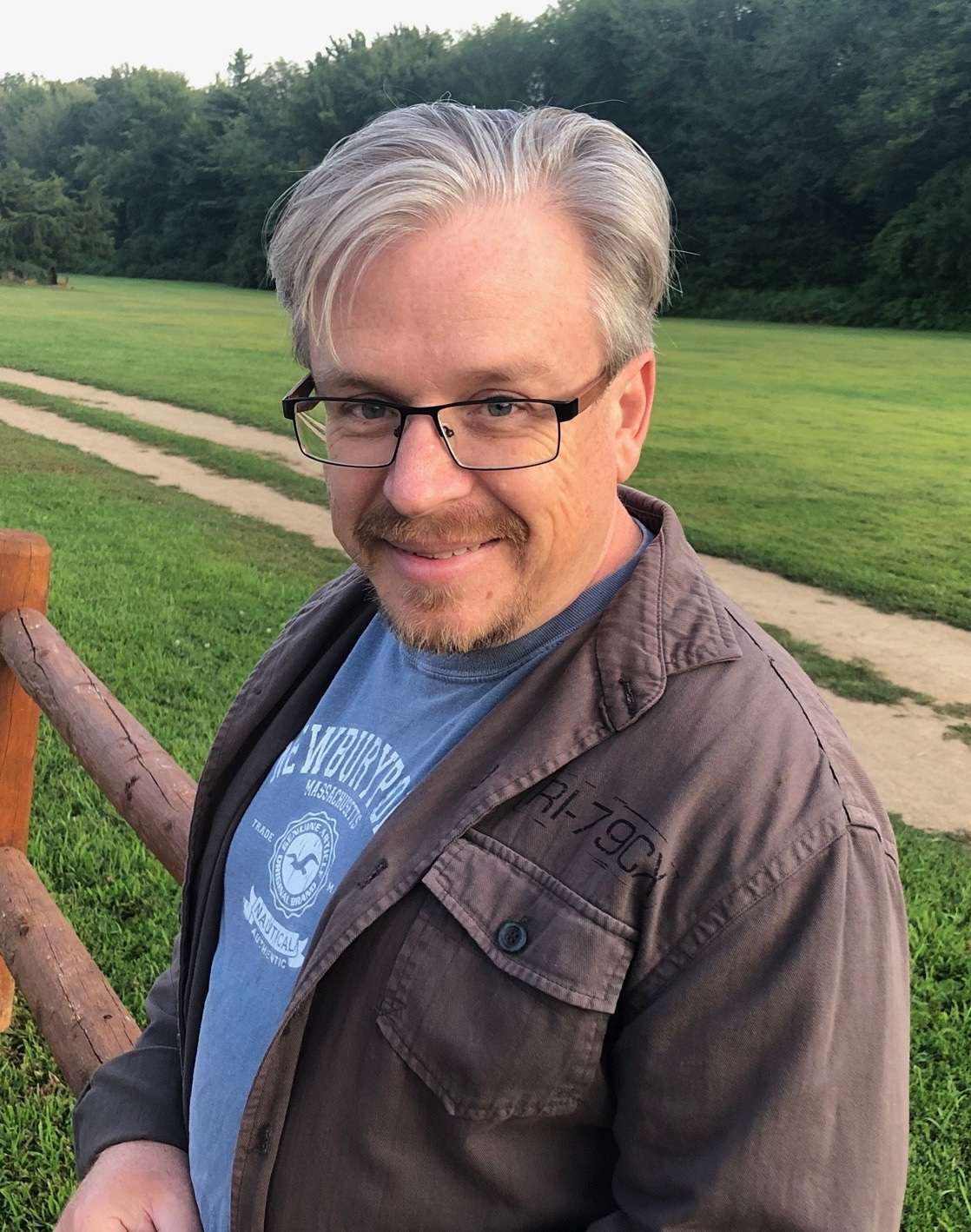 From Hollywood to Nashville, from wrestling rings to the center of the national political arena, multiple NY Times Bestselling Co-Author Mark Dagostino has proven himself one of the most excitingly diverse and compelling writers in nonfiction today.

Dedicated to writing books that inspire and uplift, Mark is widely recognized for his runaway #1 NY Times Bestseller, The Magnolia Story with Chip & Joanna Gaines—a book that sold more than a million copies in its first three months in publication, and continues to inspire entrepreneurs and couples to go for their dreams and live life to the fullest to this day.

Mark has been the collaborative voice behind six other New York Times Bestsellers:

Mark’s latest books include the New York Times Bestseller God Bless This Mess with former Bachelorette and winner of Dancing with the Stars, Hannah Brown; How to Stitch an American Dream with America’s Quilting Queen, Jenny Doan; Live in Love: Growing Together Through Life’s Changes, a memoir and guidebook released in August 2020 by Lauren Akins, wife of country music superstar Thomas Rhett; What Set Me Free with Brian Banks, the powerful real-life exoneration story behind the major motion picture, “Brian Banks”; and The Power of Wow, a breakthrough business book told through the diverse voices of The Employees of Zappos.com (along with Zappos CEO Tony Hsieh).

Early on, Mark cut his teeth as a news reporter for the Boston Globe—developing skills that would carry through to his ten years on staff as a correspondent, columnist, and senior writer for PEOPLE magazine. Beyond his on-the-ground coverage of the death of JFK Jr., the aftermath of 9/11, and The Miracle on the Hudson, Mark’s reputation for inspiration helped open doors to hundreds of celebrity interviews: from multiple sit-downs with Michael J. Fox and Christopher Reeve, to following Rosie O’Donnell and Robert Downey Jr. through the painful downs and tremendous ups of their careers. Ben Affleck, Justin Timberlake, Donald Trump, Alyssa Milano, Montel Williams, Meredith Vieira, The Olsen Twins, Al Roker, Nicole Kidman, Selena Gomez, Emma Roberts, Heidi Klum, Mariska Hargitay, Lindsay Lohan, Sting, Jon Bon Jovi and more trusted Mark to share in some of the biggest moments of their lives. He also gained the trust of the public by appearing as a celebrity expert on CNN, The Today Show, The Early Show, The View, Inside Edition, Entertainment Tonight and dozens of other national TV shows.

A prolific writer of books ever since, Mark’s other works include: Walking with Peety, Eric O’Grey’s story of the shelter dog who helped him lose 160 pounds (optioned for development by a major film studio); My (Underground) American Dream, a National Bestseller by Julissa Arce, who hid her undocumented status while working at Goldman Sachs (optioned for TV); Courage to Stand, which helped propel Minnesota Gov. Tim Pawlenty into the pack of 2012 Presidential hopefuls; and Rudy: My Story with legendary Notre Dame alum Daniel “Rudy” Ruettiger.

Mark earned his degree in English-Journalism from the University of New Hampshire in his home state, where he now lives and works with his family. 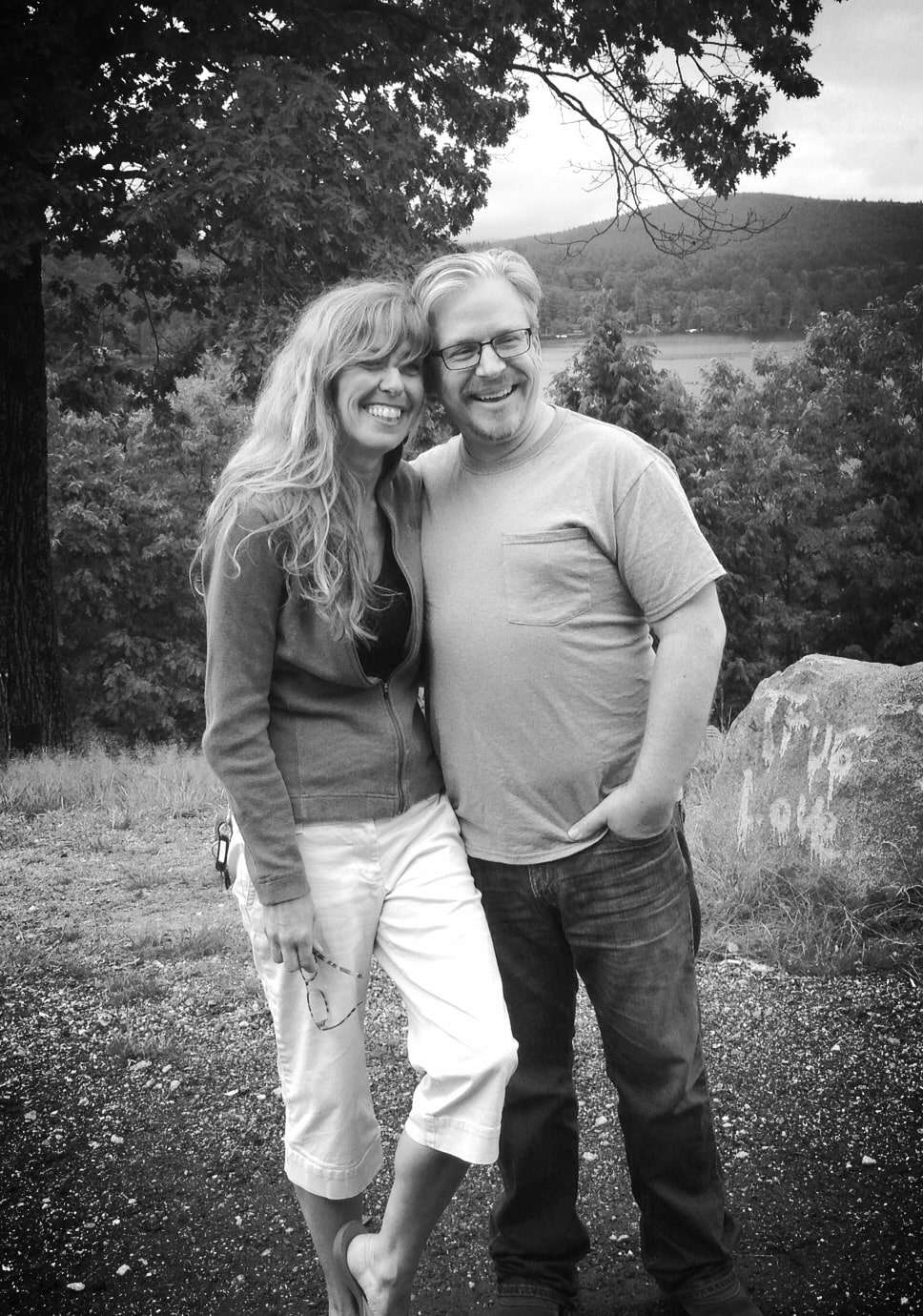 The secret behind so much of the success of Mark’s latest collaborations comes from another sort of collaboration: with his partner in life, Terry Taylor.

A talented writer herself, Terry, who intuitively helps Mark stay focused on the inspirational messages in every book he writes, is not only an editor extraordinaire and the ultimate organizer of interviews, schedules, transcripts and more, but she’s also a fantastic photo editor. (This is all in addition to her being a wonderful mom, gardener, decorator, music-maker and all-around champion of bringing light and love to the world—not necessarily in that order!)

Together, Mark and Terry are developing plans to put more and more of their time, skills and attention toward co-authoring books with inspirational couples; couples from all walks of life who can help every one of us learn the myriad ways in which love and life are multiplied by the power of two.

Stay tuned for more on this exciting new venture in the days ahead! 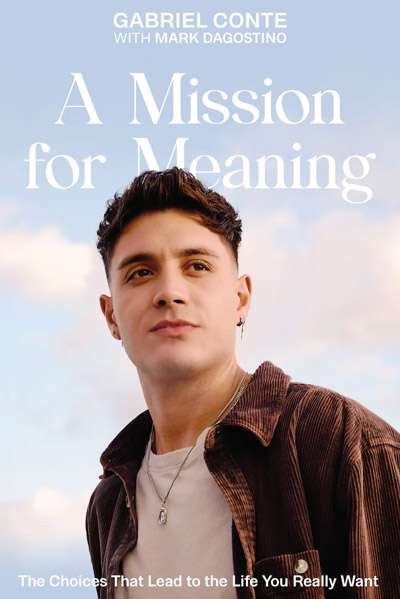 By Gabriel Conte with Mark Dagostino

A Mission for Meaning

The Choices That Lead to the Life You Really Want

For anyone who feels like they’ll never live the life they dream of living, let social media sensation and entrepreneur Gabriel Conte be an inspiration to you: The life you want can be yours. And you can begin to earn it, achieve it, and live it right now. 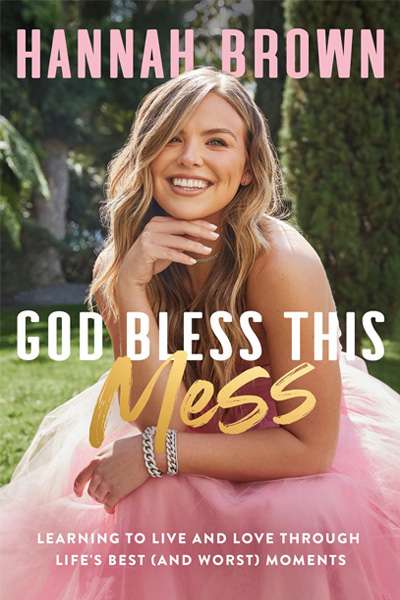 By Hannah Brown with Mark Dagostino

“My life was a complete mess, and God bless all of it. Because it’s in the messes where we learn the most—as long as we slow down enough to realize what God is trying to show us.”

Suddenly in the spotlight, twenty-four-year-old Hannah Brown realized that she wasn’t sure what she wanted. After years of competing in beauty pageants, and then starring on The Bachelorette and Dancing with the Stars, she had become incredibly visible. There she was, in her early twenties, with millions around the world examining and weighing in on her every decision. She found herself wondering what it would mean to live on her terms. What it would mean to stop seeking approval from others and decide—for the first time—what it was she wanted from her own life.

An honest and earnest examination of her own mid-twenties, God Bless This Mess is a memoir that doesn’t claim to have all the answers. Hannah knows she doesn’t have all the answers. What she does have is the insight of someone who has spent critical years of her youth under public scrutiny. Thus what emerges is a quarter-life memoir that speaks to the set of difficulties young women face, and how to move through them with grace. By pushing against her engrained need to seek approval, and learning how to think critically about her own goals and desires, Hannah inspires others to do the same—and to embrace the messiness that comes hand-in-hand with self-discovery (even if that sometimes means falling flat on your face). 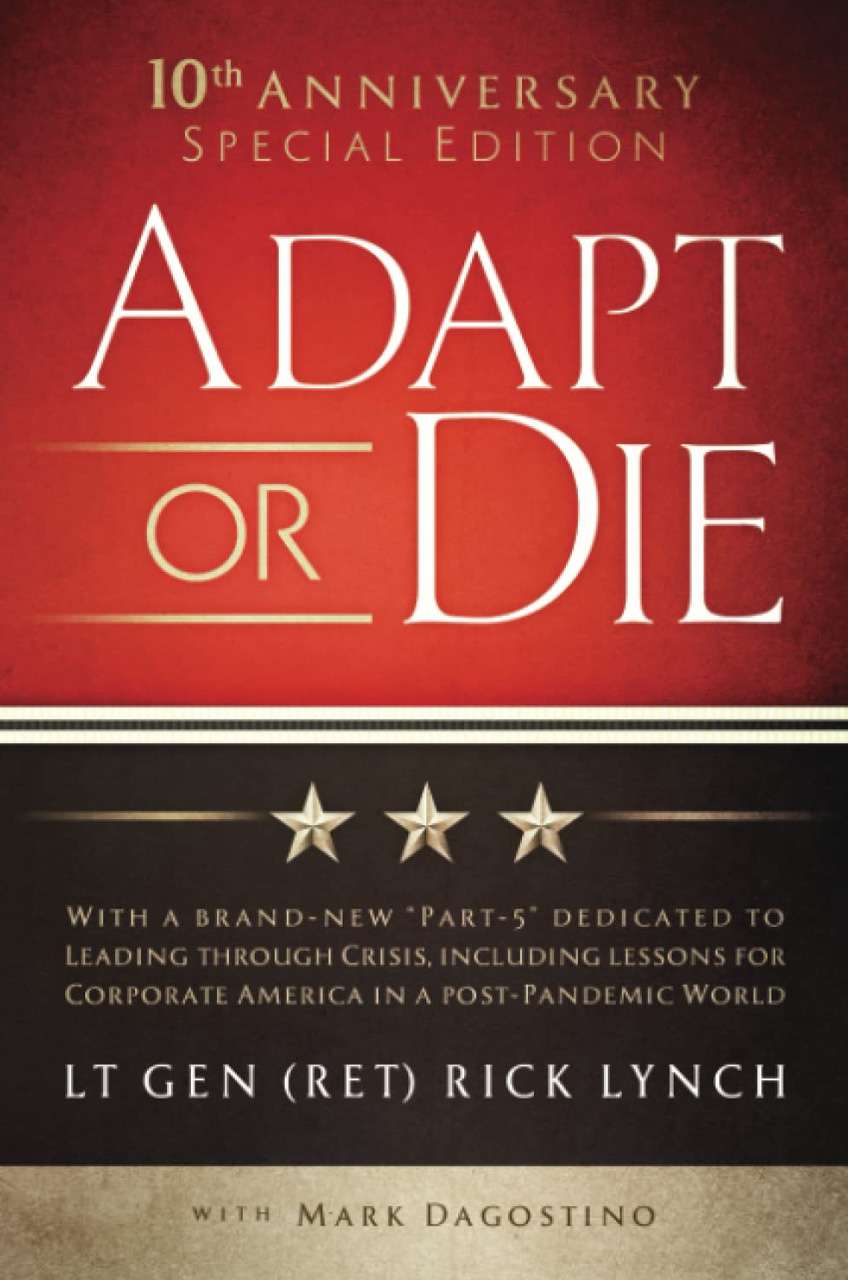 For one thing, you turn to the principles found in this book.

Putting people first. Setting priorities. Achieving work-life balance. Mastering time management. Developing physical and spiritual fitness in order to build resiliency… Lieutenant General Rick Lynch developed a strikingly successful approach to supporting our troops and their families during his storied 35-year career in the Army, and spent the next ten years working directly with thousands of senior executives and their direct reports across Corporate America to make their companies—and their lives—stronger, too.

In this 10th Anniversary Edition of Adapt or Die, Rick speaks from experience to explore the needs of corporate leaders with more specificity than ever, with a brand-new look at how individuals and companies alike can better adapt in a post-pandemic world—and how each of us can fearlessly prepare for whatever comes next.

Are you prepared to adapt? 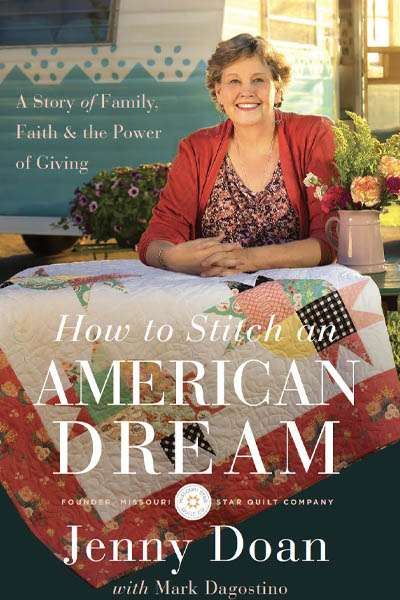 By Jenny Doan with Mark Dagostino

How to Stitch an American Dream

Buy Now
After her kids grew up and moved out, Jenny Doan, a fun-loving, fifty-something, homeschooling mom, felt just about as empty as her house. While searching for meaningful work to fill the void in her heart and the hours of her days, she took up quilting—creating shortcuts and tricks to help her speed the process along, the same way she’d created shortcuts and tricks out of pure necessity to get through life while raising seven children.

She never imagined that her hobby would turn into a business. But with the help of her grown children, she opened a quilting shop in tiny Hamilton, Missouri. She shared her quilting techniques in free tutorials on YouTube. And in just a few years, the Missouri Star Quilt Company grew to become the largest quilt company in the world.

This is Jenny Doan’s story: a uniquely American success story built on love, family, faith, and the power of giving. 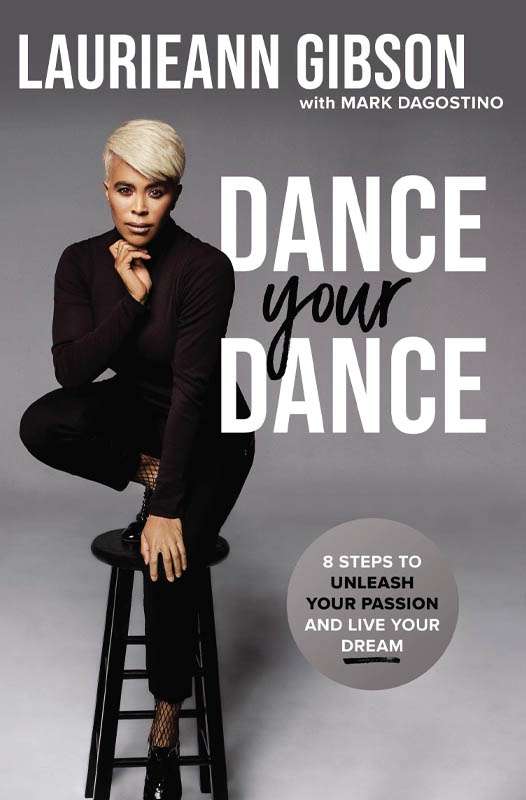 By Laurieann Gibson with Mark Dagostino

Other buying options below

Have you ever felt stuck, like you’re just running in place, fearful of taking the next step? World-renowned Emmy-nominated choreographer and A-list creative visionary (for Lady Gaga, P. Diddy, Alicia Keyes, Beyoncé, and so many more!) Laurieann Gibson shares personal stories from her 20+ years in entertainment, plus words of encouragement and practical advice to help you reach your full potential.
Buy on Amazon
Buy on Barnes & Noble
Buy on Books a Million!